get  your package  now!

No refunds/pro-rates if cancelled before end of term.

From typos to total lies, we dive into 5 major mistakes and look at some big-brand examples so your 2023 can steer clear of problematic brand promos!

With so many ways to market businesses and so much competition, the pressure is on brands to create memorable moments that capture customer attention. Putting potential revenue on the line like that makes ad fails all part of the process. The goal is to always create the best marketing campaigns possible that matter to your target market, but humans make mistakes. To save your company from missing the mark entirely in avoidable ways, read on to avoid your own advertising fails.

The first advertising failure that is the easiest kind to avoid is blatantly lying and exploiting emotional reactions to get attention. Former New Orleans Saints quarterback Drew Brees teamed up with PointsBet, a sports betting company for a commercial but instead posted a video to social media pretending Brees was struck by lightning.

The way the tweet detailing the “incident” was presented, it sounded like Brees was in actual danger saying “more to follow” with heightened drama. Millions saw the clip before it was made known that it was a stunt.

Advertising failure like this is a double whammy, both because it makes light of something that is usually serious and it undermines trust in the brand itself (PointsBet) and the influencer (Brees) while adding to the dubious noise already present on social media.

The ad failure can be hard to decide since often elements of ads can be subjective. Some firms tout this UberEats Super Bowl commercial as one of the best, but it made the worst list in this round-up because it’s just too out there to make sense. If UberEats is trying to pivot its branding away from delivering just food, why feature an ad of notable celebrities eating non-food items?

However, one could argue that the specific demographic and audience for this ad would be people who think it’s funny that UberEats is “only for food” and use the service for more than just food delivery.

Regardless of opinion, this funny advertisement fails to have a clear selling point or story to drive home to a massive audience and relies more on shock value instead. Perhaps this is an argument against being unique for the sake of being weird, but then again, it was memorable, right?

Curbing enthusiasm can be hard for entrepreneurs excited about a product, just ask Larry David (the star of Curb Your Enthusiasm and general cynic). A Super Bowl ad features David complaining about cryptocurrency as part of an ad for the now-failing crypto-exchange market FTX. Instead of proving a famously hyper-critical person wrong, the ad became a self-fulfilling prophecy.

The important takeaway from advertising fails like these is to make sure what you promise in your ads is something you can actually deliver. While markets and certain factors can always be unpredictable and risky, you are responsible for keeping customer expectations in check as a business owner.

4. Don’t Just “Go Green” to Get Green - Green Gobbler and Several Other Companies

More customers than ever are concerned about the environmental impact of products they use regularly, and that has been a major highlight for many brands.

However, a common theme is emerging in advertising failure: misrepresenting your product or brand! Green Gobbler, a drain clog remover, touted remarkable unclogging powers while being gentle and safe for the environment. Instead, the product was found to not be as safe nor effective as advertised, leading them to need to discontinue using certain terms.

This is unfortunately very common among other brands looking to cash in on consumers caring about the environment and eroding both the planet and consumer trust.

5. Getting Lost in Translation - Mercedes

This ad fail could fit in both greenwashing and in failure all on its own. Mercedes Benz ran a campaign in Mexico in April of 2022 for Earth Day. The images featured nature-sourced images aligning with the famous Mercedes logo and a copy tagline of “Nature or Nothing,” which hearkens both to greenwashing that the brand is eco-friendly and implying that it is a wise, nature-backed choice while the owner of the company faced legal action related directly to environmental impact.

The backlash brewing on social media escalated to a company updating the images to reflect extremes of global warming and changing the copy tagline to read “Nothing or Nature - Climate change. It’s already here.” The auto brand was then very quick to abandon the entire campaign, saying it was never meant to go global and that translations of the copy were not approved.

These days, every campaign has a global element thanks to the internet and social media. While it is important to create campaigns tailored to specific regions, demographics, audiences, and more remember that your impact can be felt far beyond your niche.

How Can You Stay Off the Funny Advertising Fails List?

An easy way to escape troubles like these is to partner with an expert digital marketing agency like USA Link System! Our international team understands the importance of creating nuanced yet unique campaigns that get your brand the right kind of attention. Our customizable packages have everything you need to get started before the new year! Contact us today for more information.

How to Create and Maintain a Facebook Group for Your Business 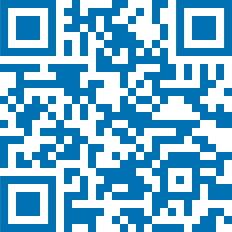